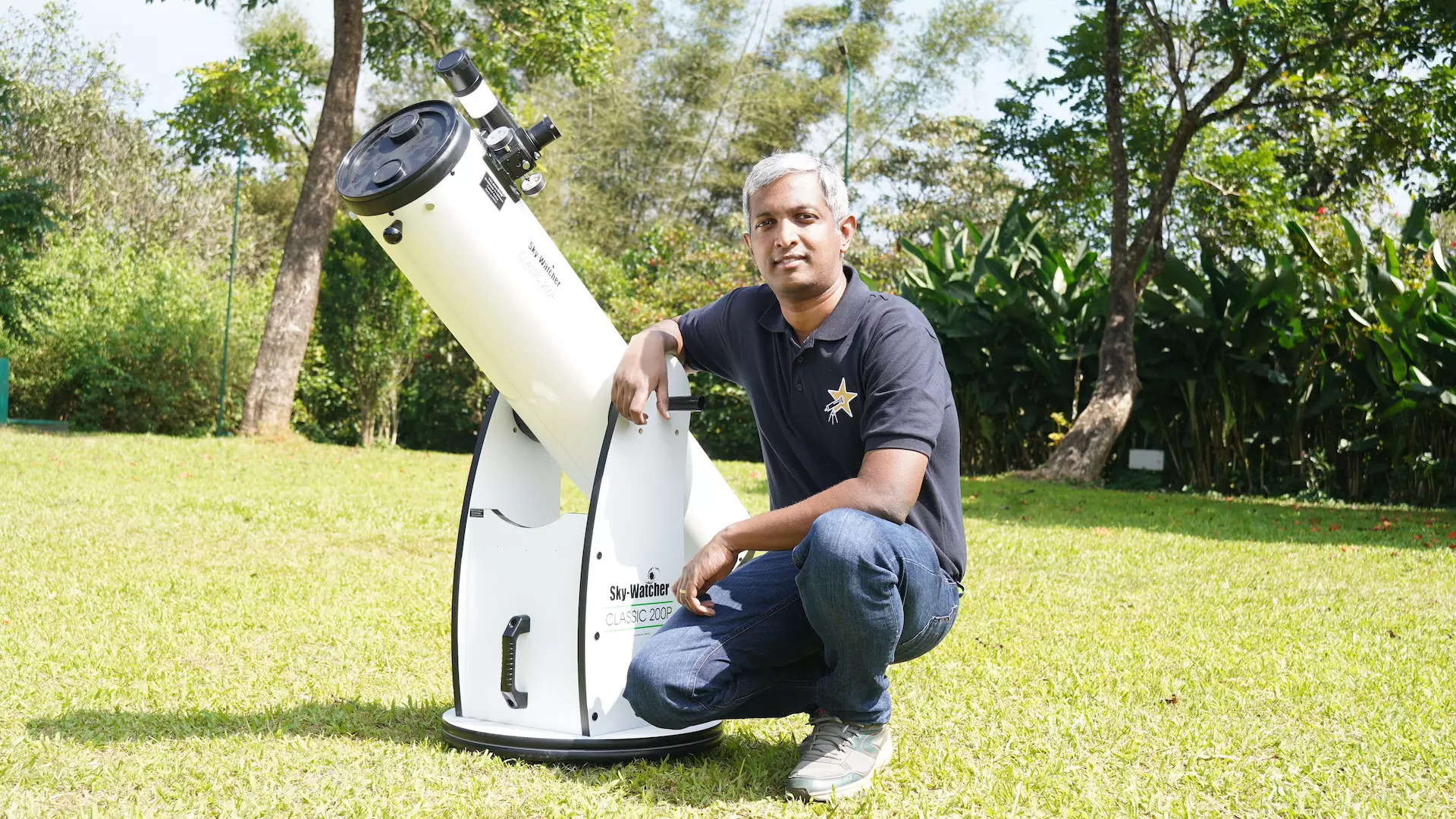 Something about the night sky has always fascinated us from the very beginning. Maybe it’s the overwhelming vastness of the universe or the realisation of our relative insignificance in the grand scheme of things. This fascination persisted through the ages, as is apparent from its influence on arts and sciences from various periods. But opportunities to actually experience the clear night sky dwindled over time. With mass electrification, even the few who found time to look up at the stars could see them no longer. Stargazing was relegated to two groups of people. The first was the astro-enthusiasts – those who would find time and money to research dark skies, invest in equipment, and be prepared to make difficult trips just to get the experience. The second group was the professionals – scientists, astrophysicists, and astrophotographers. This has been the case for a while, particularly in developing countries like our own. With the first two generations of Independent India focusing primarily on getting out of poverty and establishing a standard of living, stargazing as a hobby was a luxury we could not afford, and a career in astronomy was an extreme niche.

Astro-tourism (an umbrella term for any kind of tourism involving stargazing) has seen a growing interest in the country. A simple glance at Google Trends over the last few years indicates that the interest in astro-tourism has consistently increased.

Search volume for the term “astro-tourism” in 2022 has exceeded that of any other year, in just five months. And real-life trends support this search statistic. Companies promoting astronomy experiences have sprung up in the last few years. Education platforms are showcasing astronomy courses. Holiday curators and tour operators are including astronomy experiences in their itineraries. Anecdotally, telescope distributors have noticed that among their customers, individuals are catching up with institutions. 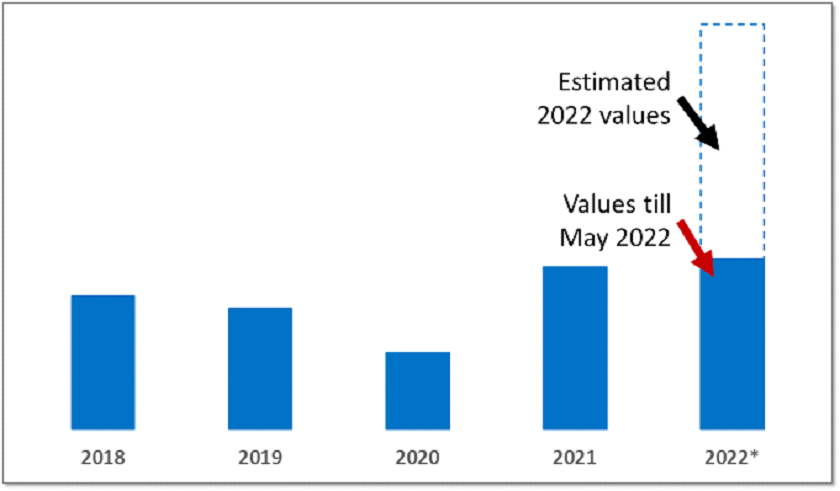 This trend has been driven by three distinct factors. Primarily, it’s the money. India’s millennial generation has more money to spare than any generation that came before it. 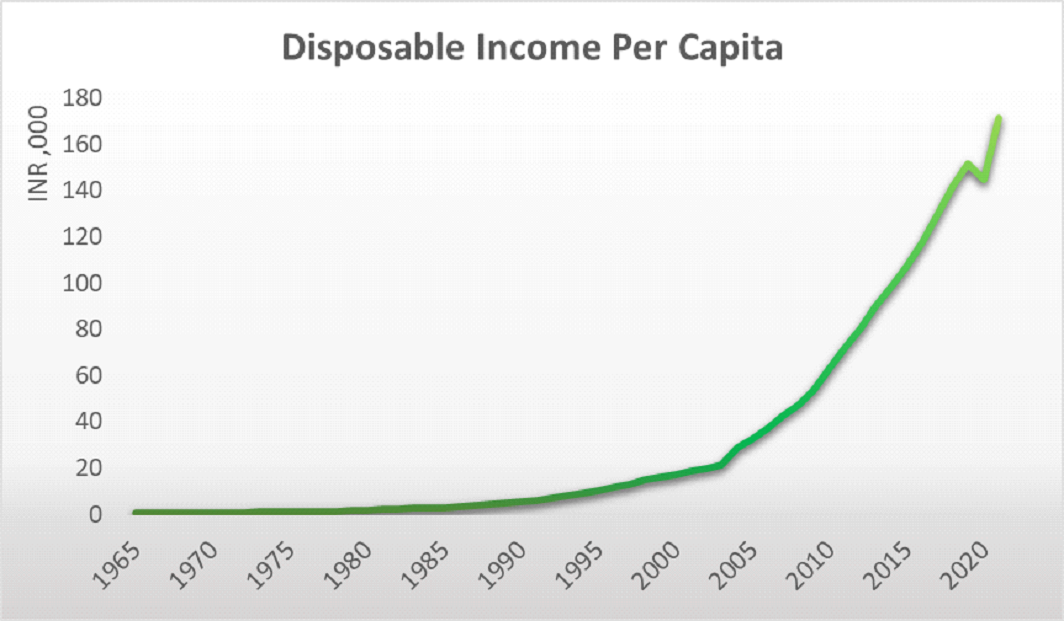 Another equally critical factor is the intent. The typical parent of the 70s and 80s ensured that their kids got an education from a good school, and went on to become a doctor, an engineer or a lawyer. Outside of government jobs, these were the only stable career paths. But with Liberalisation in the 90s, career options began to appear with a host of multinational companies coming to India. The youth getting into such companies obtained a better worldview, one beyond traditionally common paths tread by them as children. As this generation became parents, they pushed for wider exposure for their kids. Newer experiences began to be valued, adventurous career paths garnered respect. The number of parents today who enrol their kids for swimming and music lessons and not IIT coaching classes is much more than even 10 years ago.

A third factor is the relevance of astronomy today. Private enterprises like SpaceX, Blue Origin, and Virgin Galactic, with their vast marketing and PR resources, have made space cool, no longer the sole domain of nerdy scientists. NASA is going back to the moon in 2024, making this decade as exciting as the 1960s. Closer to home, ISRO has had a string of globally lauded achievements and is preparing to send Indians to space in an Indian spacecraft launched by an Indian rocket. For Indian kids in the 80s, becoming an astronaut was a fantasy. For Indian kids today, it is a career option.

Starscapes will first setup a mobile observatory, which will be followed by a permanent installation. The new observatory will offer tourists an experience, with a variety of activities both during the day and at night, ranging from stargazing excursions to astrophotography, and sun observation. A trained astronomy expert will guide the visitors on their stargazing journey.

An overwhelming majority of astro-tourists today are first-timers, who’ve never done stargazing as a hobby since possibly their childhood days. This mirrors the trajectory of long-distance running as a sport, during the last decade. Marathons, which used to be reserved for serious runners, today, have a mass appeal that not many would have foreseen. It isn’t a stretch to expect a similar future for astro-tourism. The market for companies in this field is just being created and promises to be huge in the next two decades.

What’s missing is interest from the government. The top five states for tourism (Tamil Nadu, Uttar Pradesh, Karnataka, Andhra Pradesh and Maharashtra), which together account for almost 65 per cent of the domestic tourist visits (source: Ministry of Tourism, GOI) don’t mention astro-tourism or even science tourism in their policy documents. Outreach programs of ISRO, Indian Institute of Astrophysics and others don’t compare to those of their European or American counterparts. While private enterprise does its thing, the government’s involvement can be a massive shot in the arm.

The growth of astro-tourism can have a profound impact on society. It fosters a sense of curiosity, drives an appreciation of nature, and creates a scientific temper. Its growth and proliferation could potentially become one of the most significant social drivers in the near future. Keep a close watch on this space – it promises to get more exciting, as more Indians decide to look up!

The author is the CEO and Co-Founder of Starscapes.

DISCLAIMER: The views expressed are solely of the author and ETTravelWorld.com does not necessarily subscribe to it. ETTravelWorld.com shall not be responsible for any damage caused to any person/organisation directly or indirectly.