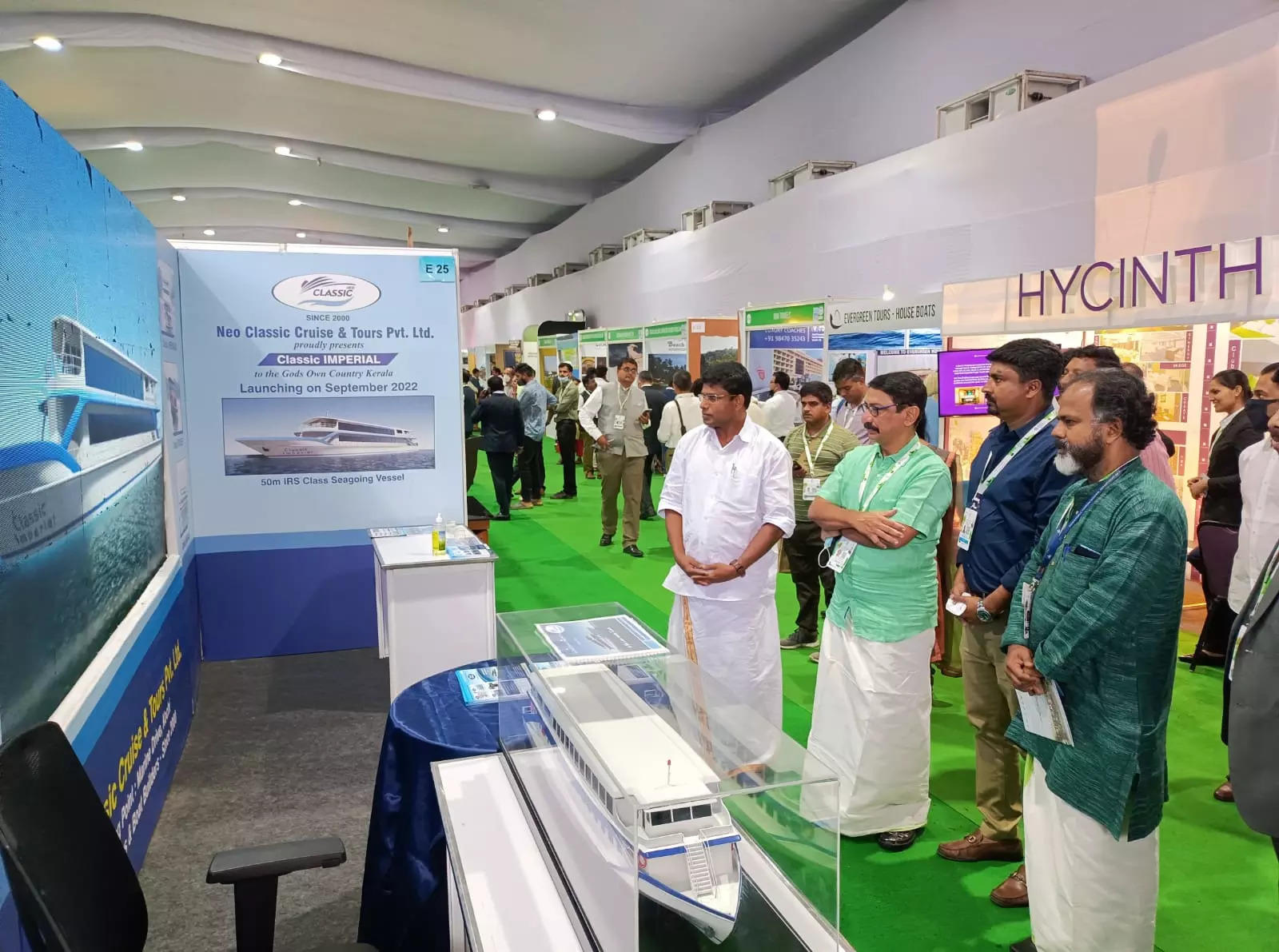 Although John’s Neo Classic Cruise & Tours is an established player in the Kochi backwaters for almost two decades now, he never felt it important to showcase his products and services in a travel exhibition like the Kerala Travel Mart (KTM) in the past. But, with his dream project, Classic Imperial, which is going to be the largest as well as top-notch in terms of its features and facilities in its class, all set to put to sea before the next tourism season in the state, Nishy and his team felt it’s time to create the buzz this time, participating in the all-important show.

When Nishy started his project on Classic Imperial after taking a piece of land on lease from Cochin Port at Ramanthuruth in March 2020, he didn’t expect the Covid to play spoilsport on his dream project. The target was to complete the project in a year or a maximum of a year-and-a-half. The lockdowns, manpower and material issues, the escalation in cost of the primary material, steel, and shortage of capital, all made the going tough for his dream project in the last two years.

He had a harrowing time running pillar to post for support for the project in the last two years. For one who started his life as a daily wage earner and then a sales representative before finding his niche in cruise boats, Nishy didn’t give up. “I am indebted to my friends and family for supporting me,” he said.

“The work is 80 per cent over, and we are now into interiors and fit-outs,” he said with a lot of hope in his eyes. The video of the grand cruise vessel was released at the KTM by none other than the senior bureaucrat, Venu V, Additional Chief Secretary of the state.

Classic Imperial is an IRS-class sea-going vessel with all the safety standards, John said. The 300-ton vessel has 50 meter in length and 11 meter in width and can carry 150 passengers at a time. The vessel will have two Air-conditioned floors with a full glass-view, and a non-A/c dining deck.

The vessel is designed to cater to not only leisure trips, but also conferences, weddings, and other events. “The vessel is pillarless with a 15,000 watts sound system with DJ and Lights,” he said.

A prominent player in the day-cruise segment on the Kochi coast, Nishy has hosted many VIP guests in his premium cruise vessels. “We have operated exclusive dinner cruises for Bahrain Prince, Qatar Sheikh, industrialist MA Yusuff Ali, and many senior bureaucrats and administrators in the past,” he said.

Having gained the confidence of building his own IRS-Class vessel, Nishy is ready to look for partnership projects with any State government or any other entities anywhere in India for similar projects, he says. “I have gained enough experience by building my own private vessels, the latest one being an IRS Class vessel. I am ready to associate with interested parties anywhere in India for similar projects,” he said.