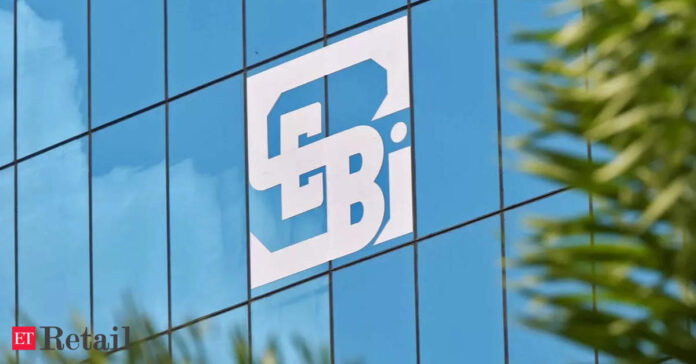 Mumbai: The Securities and Exchange Board of India (Sebi) barred Bombay Dyeing & Manufacturing Company Ltd (BDMCL) as well as its promoters Nusli Wadia and his sons Jehangir and Ness from the securities market for two years for indulging in an allegedly fraudulent scheme of misrepresenting the company’s financial statements.

The regulator, in an order issued on Friday, also restrained theWadias from holding the position of director and from being key managerial personnel in a listed company for one year.

Sebi imposed a monetary penalty of 2. 25 crore on BDMCL, 4 crore on Nusli Wadia and 5 crore and 2 crore, respectively,on Jehangir and Ness Wadia. 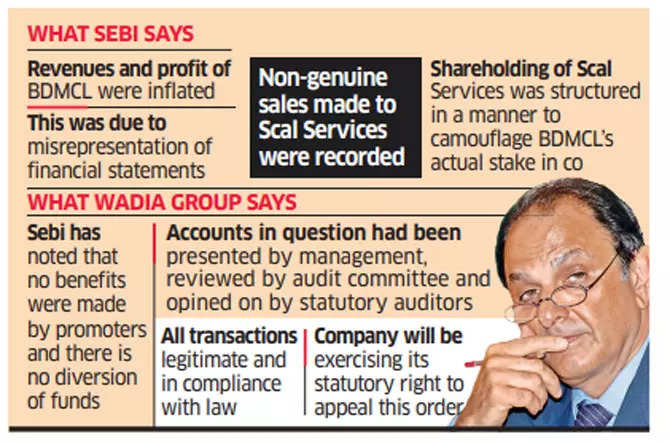 The market regulator barred a total of 10 entities on Friday, including Scal Services Ltd, part of the Wadia group, its directors DS Gagrat, NH Datanwala, Shailesh Karnik and R Chandrasekharan, and Durgesh Mehta,aformer managing director of BDMCL.
The Wadia group in a statement said that the “Sebi has noted that no benefits were made by the promoters and there is no diversion of funds, and yet, has issued a far-reaching set of directions. ”

“The accounts in question had been presented by the management, reviewed by the audit committee and opined on by the statutory auditors. The company is quite firm in its view that all transactions were entirely legitimate and in compliance with law. They did not, and could not have, by any reasonable interpretation or extrapolation violated Sebi regulations,” it said.
The group also added that the company will exercise its statutory right to appeal the order and “believes it would get justice and stand vindicated”.

Probe after Plaints
The Wadia group is among the oldest conglomerates in the country, with interests in textiles and apparel, consumer goods, coffee plantations, real estate and civil aviation.

Sebi’s penal action came in the wake of certain complaints, based on which it conducted a detailed investigation into the affairs of BDMCL for the period 2011-12 to 2018-19. Following the investigation it issued show-cause notices on June 11 to all the 10 entities involved.

The market regulator mainly alleged that BDMCL, along with ScalServices, executed a “well-thought-out and deliberate” fraudulent and manipulative scheme to record non-genuine sales made to Scal Services to the tune of 2,492.94 crore and profits of 1,302.20 crore between 2011-12 and FY 2017-18 by fraudulently entering into MoUs with Scal Services.