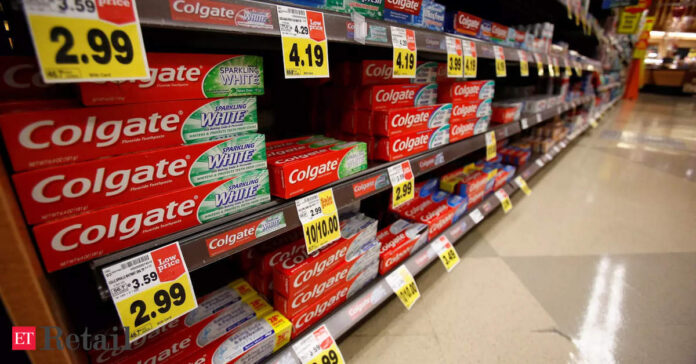 BENGALURU: Colgate-Palmolive (India) reported quarterly profit above market estimates on Thursday, benefiting from price increases it had implemented to counter the blow from a surge in raw material costs.

Consumer packaged goods makers across the globe have jacked up prices of everything from toothpaste to coffee as the Russia-Ukraine war and global supply snarls led to an increase in the price of commodities, including palm oil, cocoa and crude oil.

The price increases drove profit at Colgate-Palmolive around 3% higher from a year earlier to 2.78 billion Indian rupees ($33.51 million). Analysts on average had expected 2.75 billion rupees, according to IBES data from Refinitiv.

At a time when inflation-hit consumers are looking for ways to save cash, the toothpaste maker remains “cautiously optimistic on the overall growth trend, especially in rural,” Colgate-Palmolive Managing Director Prabha Narasimhan said.

The recent easing of commodity prices, however, will boost profits for consumer majors from Colgate-Palmolive to Hindustan Unilever even as analysts tip them to funnel savings towards product launches and advertising.

Colgate-Palmolive said it has lined up new launches after having introduced a charcoal-based toothpaste in the reported quarter. It also announced an interim dividend of 18 rupees per share.