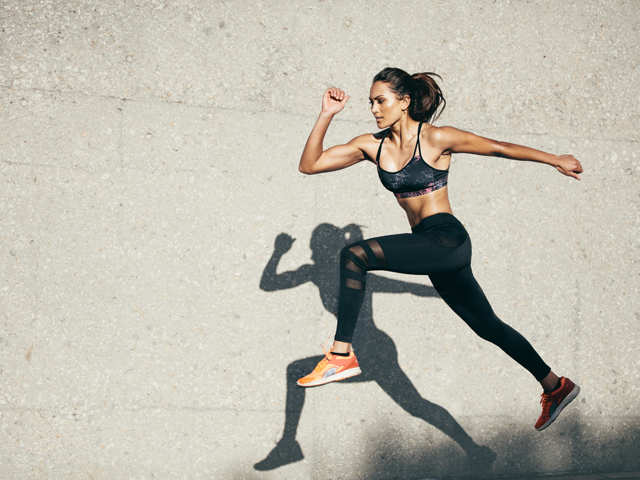 BENGALURU: Athleisure is in, especially among the young, and Indian apparel companies are increasing their presence in the category. Athleisure – athletic and leisure – wear is sportswear that can be worn casually, outside of gymnasiums and sporting fields. It’s a crossover between a gym and street wear, consisting mainly of T-shirts, track pants, joggers and shoes.

Some see it as fashion that is effortless and comfortable. While gym or performance wear is made mainly of polyester to ensure it dries quickly, athleisure wear is a combination of polyester and cotton.

The category’s appeal is growing as consciousness about fitness grows. The segment has been traditionally dominated by global giants such as Nike, Adidas, Puma and Reebok. But it is now seeing local brands such as Zeven, HRX and Kan Dfy make significant headway.

“Athleisure is the new casual, where fashion meets functionality,” Ankur Pahwa, partner and national leader for e-commerce and consumer internet at consulting firm Ernst & Young (EY) India, said. “The younger Indians are more active shoppers, and they want comfort and liveability,” he said.

With the distinction between office wear and casual wear blurred, and coworking a new fad, it is common to see sports T-shirts or track pants being worn to work.

HRX, co-owned by Roshan and Exceed Entertainment, says it clocked revenue of Rs 150 crore last fiscal and is confident of doubling it to Rs 300 crore this year (ending March). More than half of sales comes from footwear as people own different pairs for running marathons, for walking and training. “The culture around the gym is also changing and gone are the days when one used to wear clothes worn at home there. Moreover, the dress to office has changed as the norms are relaxed,” Kamal Punwani, chief strategy officer at HRX, said.

The brands are also getting a boost from their ambassadors – Hardik Pandya for Kan Dfy and Tiger Shroff for HRX. They appeal widely to the young.

One 8, the athleisure brand owned by Indian cricket captain Virat Kohli and Puma, clocked Rs 100-crore sales within the first year of its launch. The presence of Kohli, who has become the poster boy of a healthy lifestyle and chiseled body, acts as a huge boost. Zeven sponsors the Royal Challengers Bangalore (RCB) team and all teams from the Indian Super League (ISL).

Experts feel that for an Indian brand to make the cut in this space, what matters is the design quality, price and influencers.