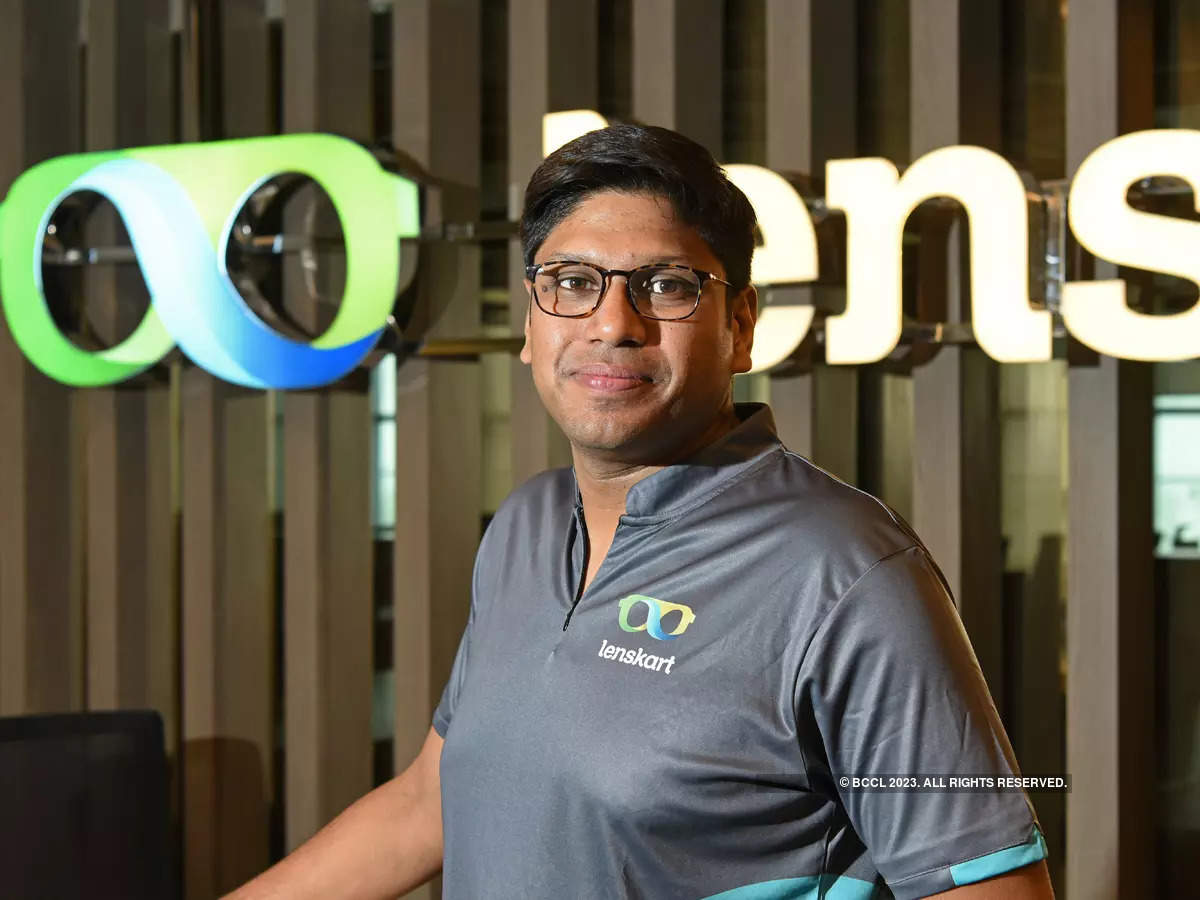 Bengaluru: Omni-channel eyewear retailer Lenskart is in advanced talks to close a $200-250 million round that could boost its valuation to $4.5-5 billion, multiple people aware of the matter said. The financing is being led by Alpha Wave Global, previously Falcon Edge Capital, and will also include a secondary share sale, sources said.

A portion of the funds raised will be directed to Lenskart’s Thrasio-style direct-to-consumer (D2C) roll-up business, people cited above said.

Existing investors such as Temasek, Schroder Adveq and others are also participating in this round. It comes some eight months after the SoftBank-backed startup closed a $315-million fundraise last year, with private equity major KKR having invested $95 million through a secondary transaction recently. In a secondary share sale, new investors buy shares from existing investors and the money doesn’t go to company coffers.

Temasek had co-led that round along with Alpha Wave, following which Lenskart had been valued at $2.5 billion.

“The current financing round is nearly complete but not all the existing investors are participating. This includes SoftBank, Kedaara Capital and others,” said one person aware of the details.

A second person also in the know added that Peyush Bansal-led Lenskart’s D2C venture has gone through changes since it began funding talks last year. “The D2C venture has been registered under Neso Brands and should start operations soon,” the source said.

Bansal did not reply to queries on email or messages.

Lenskart’s latest financing comes at a time when late-stage startups have started to see a decline in aggressive valuations for large deals amid global corrections in startup funding.

The company has at least 900-plus stores in India and had announced plans to expand to 1,000 by the end of March. It is also growing its footprint across the Southeast Asia (SEA) and Middle East (ME) markets following Alpha Wave’s investment last year.

“This could be the second last round we raise (before an IPO),” Bansal told ET in 2021 after closing the $315-million round.

For Lenskart’s Thrasio-style venture, it aims to go global and acquire brands in the US and Europe, unlike similar ventures across categories looking to do so in India.

John Jacobs is among its leading brands in India, sold through its offline stores and online platform. “He (Bansal) has held talks with multiple brands in Europe in the eyewear business for the D2C venture,” a person aware of the matter said.

US-based Thrasio pioneered the model of buying leading third-party brands on Amazon and scaling them further. In India, SoftBank-backed Globalbee, Tiger Global-backed Mensa Brands are some of the Thrasio-like companies that have raised significant capital from investors. Thrasio also entered India earlier this year with plans to invest $500 million over a period.