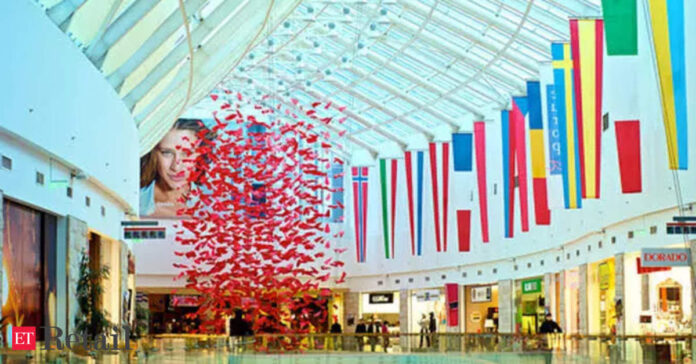 UAE-based billionaire Yussuf Ali’s Lulu Group International is entering Gujarat, where it would invest Rs 3,000 crore to set up India‘s biggest shopping mall at Ahmedabad, a company official said. The construction of the Rs 3,000-crore shopping mall, which would have all modern facilities, will start early next year, said Lulu Group Director of Marketing and Communications V Nandakumar.

Confirming the development, Nandakumar told PTI: “Discussions to acquire the land to construct this project are in the final stages and the foundation stone of this mega shopping mall will be laid early next year.”

The Ahmedabad-based shopping mall will have over 300 national and international brands, a 3,000-people capacity food court with multi-cuisine restaurants, 15-screen multiplex cinemas with Imax, India’s biggest children’s amusement centre and many other attractions.

This Rs 3,000 crore investment by Lulu Group International comes in the wake of an MoU signed by Lulu Group and the Government of Gujarat during the recently held UAE road show by Chief Minister Bhupendra Patel in Dubai.

“Our aim is to make Ahmedabad one of the most prolific shopping destinations in India and there is no doubt that this Shopping Mall will be a milestone destination for everyone in India and abroad,” said Nandakumar.

Commenting on the development Lulu Group’s Director of Indian Operations Ananth Ram said, the Ahmedabad mall be “India’s biggest Shopping Mall with the biggest Lulu Hypermarket as its anchor store.”

“Today Gujarat is looked upon as a destination for its state-of-the-art facilities and its ease-of-doing-business. I learnt the basics of business in Ahmedabad, Gujarat where my family members were doing business, Gujarat is very close to my heart,” he added.

Known for its sprawling business interests worldwide, Lulu Group is now expanding in India, after having a prominent presence in the southern parts of the country for the past many years.

From supermarkets to food processing to realty to financial services, the Abu Dhabi-based group runs its popular supermarkets in the cities of Kochi, Bengaluru and Thiruvananthapuram.

Earlier in July this year, it had opened its expansive supermarket in Lucknow to the public.

Headquartered in Abu Dhabi, Lulu Group mainly operates in 23 countries located across the Middle East, Asia, the US, and Europe.

It has an annual turnover of USD 8 billion and staff force of more than 60,000.

The 66-year-old Yussuf Ali M A, the driving force behind the group and an affable and well-connected businessman, has been expanding his business activities over the years.

Born in the Thrissur district of Kerala where he did his schooling before moving to Gujarat to pursue business management, Yussuf Ali is not only known for his business success but also for his philanthropic ways.

He founded Lulu Hypermarket in 2000 and now has operations in 22 countries across the Middle East, Asia, the US, and Europe. It has 235 retail stores in total.

LuLu Hypermarket, the retail division, has been known as a trendsetter of the retail industry in the region. It operates over 200 stores and is immensely popular with discerning shoppers across the GCC, Egypt, India, Indonesia and Malaysia.