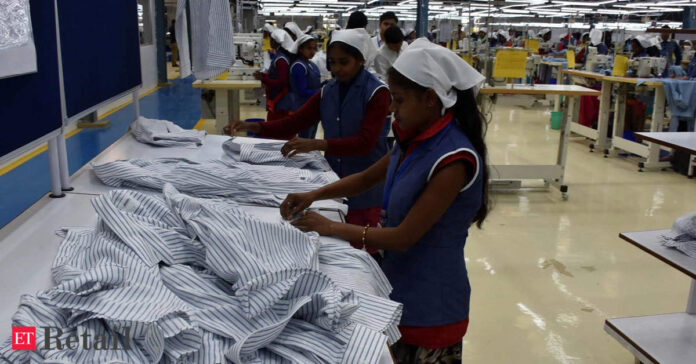 Addressing members of Export Promotion Councils through video conference in New Delhi, the Minister of Textiles, Consumer Affairs, Food and Public Distribution and Commerce & Industry said manufacturers should start securing cotton to meet their demands. Besides, all those involved with cotton industry should meet to discuss the strategy to trace cotton and ensure value of the cotton products.

The minister said that last year, textile export was approximately USD 42 billion, while the target is to achieve USD 100 billion by next 5-6 years.

He said that if achieved, the economic value of the sector will be worth USD 250 billion collectively, including its domestic as well as international markets.

Production of cotton is estimated at 34.19 million bales (of 170 kg each) in the 2022-23 crop year (July-June) as against 31.20 million bales in the previous year, as per agriculture ministry’s latest data.

Cotton is one of the major Kharif (summer-sown) crops. The harvesting of cotton crops has begun from October.

Goyal said that funds are available under the Textile Mission and should be utilised in new projects, adding that the potential of textile sector may be showcased in G-20.

Participation of industry representatives in the shopping festivals recently announced by the finance minister may also be pursued, the minister said.

In addition, representatives of industry associations, including the Confederation of Indian Textile Industry, Tiruppur Exporters Association and The Southern India Mills’ Association also participated in the meeting.

Goyal observed that a two-day meeting should be organised to discuss new ideas on strengthening the textile sector. At least 50 per cent participants should be youngsters and there should be involvement of Quality Control of India (QCI), commerce, DPIIT, finance, banking export insurance for holistic engagement so that overarching themes may be discussed.