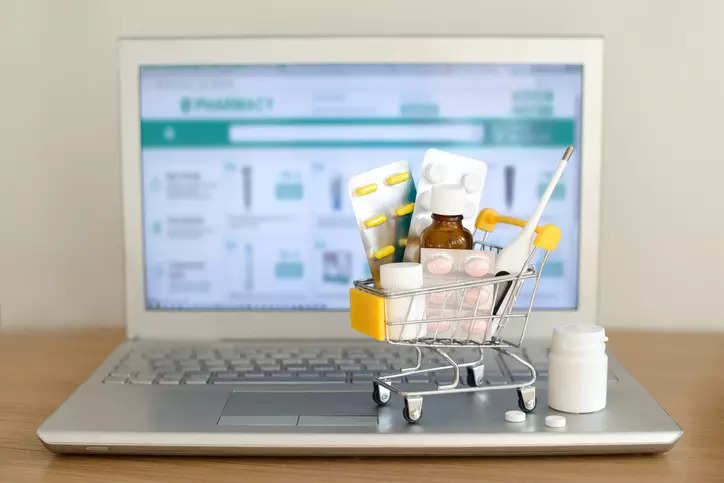 Ahmedabad: The Gujarat high court on Monday issued notices to the central and the state authorities concerned, three companies dealing in online pharmacy, five doctors and the National Medical Commission over a petition demanding ban on online sale of medicines.

Taking cognizance of a petition filed by one Amit Agencies, Justice A S Supehia sought responses from the Central Drugs Standard Control Organisation, Food and Drugs Control Administration, Tata 1MG Healthcare Solutions Pvt Ltd, Reliance Retail Ltd and Axelia Solutions Pvt Ltd and the doctors and the medical commission. The court observed, “Prima facie, this court is of the opinion that the allegations made in the writ petition appear to be true and if the sale of the scheduled drugs is going on in such a manner, then the same will have a direct, adverse impact on the health and well-being of citizens.” The court is to hear the issue further on July 29.

For the petitioner, advocate Vijay Patel submitted that online sale of medicines and scheduled drugs is not permissible under the Drugs and Cosmetic Act, 1990 and that the violation of the same has serious consequences on public health.

The petitioner has alleged that the service providers are misusing the process by arranging calls between customers and employed medical professionals. Following brief discussions, prescriptions are generated, and the consulting doctors do not check the medical reports of the purported patient, the petitioner alleged.

Such prescriptions have no sanctity in the eyes of law and action needs to be taken by the NMC against the doctors.

The petition also questions the licence to sell and prescribe medicines.

“It is shocking that in online pharmacies, certain scheduled drugs are dispensed without any prescription. These can be ordered by anyone below 18 years and could be injurious to health,” the petitioner contended. It has questioned the sale of Schedule H, H1 and X drugs online and contended that its sale is allowed under the Drugs Rules and the Indian Medical Act, 1956 only on the prescription of a registered medical practitioner.

5 Summer Vacation Outfits With the Jewelry to Match

4 Summer Outfits From Prada I Fantasize About Daily