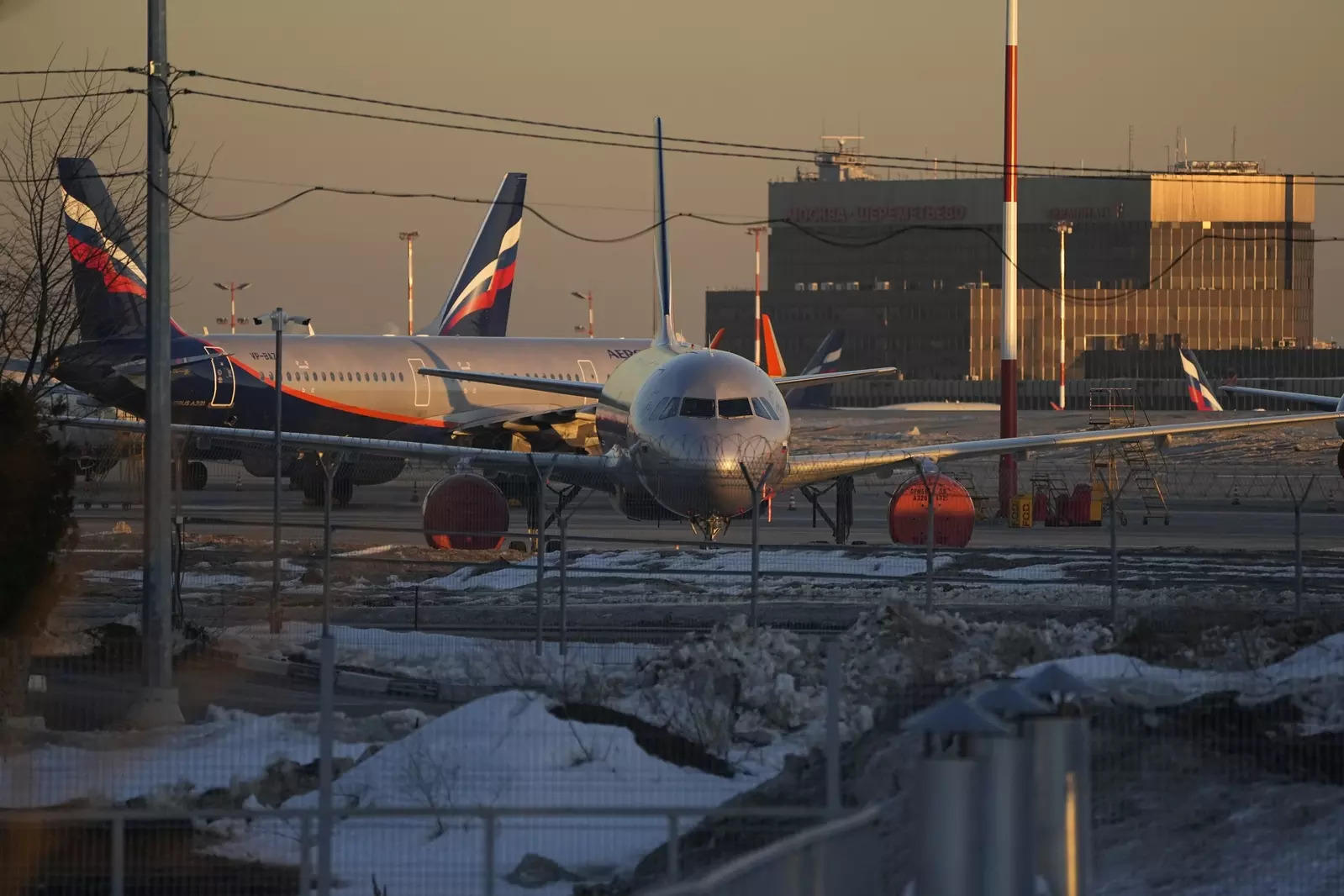 Russia‘s flagship airline Aeroflot said Saturday that it was suspending all its international flights beginning March 8, as Moscow faces waves of Western sanctions over its military incursion in Ukraine.

An Aeroflot statement on the “temporary suspension of all international flights from March 8”, cited new “circumstances that impede the operation of flights”, noting that all domestic routes would continue unchanged as well as flights to neighbouring Belarus. The budget airline Pobeda, a subsidiary of Aeroflot, also said that it will be halting international flights from March 8.

Russia’s civil aviation body on Saturday said that it had “recommended” Russian airlines operating rental planes registered in foreign countries cease flights abroad in order to avoid the seizure of the planes in connection with Western sanctions.

The company is evaluating the impact from international sanctions on Russia and from Russia’s retaliatory measures may have on its business. GDS providers such as Amadeus and Sabre use software networks to distribute airline tickets. Sabre also said it would evaluate whether more actions were needed after taking into account legal considerations and any counter measures that could be implemented in response.

As a result, such flights overseas are due to cease at 2100 GMT on Saturday, and flights from abroad at 2100 GMT on Monday, Russia’s civil aviation agency Rosaviatsia said in a statement. “This recommendation is due to the very high risk of grounding or arrest of the aircraft of Russian companies abroad,” he added. More than half of the commercial aircraft in Russia are leased, according to Aviation Week, an industry publication.

Rosaviatsia also recommended Russians seeking to return home from foreign countries arrange flights transiting through countries that had not joined sanctions, such as Azerbaijan, Armenia, Kazakhstan, Qatar, the UAE, Turkey and Serbia. Another Russian carrier, S7, announced the suspension of all its international flights due to sanctions imposed on Russia over the country’s invasion of Ukraine last week.

The airline sector was one of the first to be affected by the economic fallout from the Ukrainian conflict. Russian carrier Aeroflot was banned from the airspace of the entire EU, the United Kingdom and Canada, forcing it to suspend flights to these destinations. In retaliation, Russia has banned airlines from those same countries from flying over its territory.