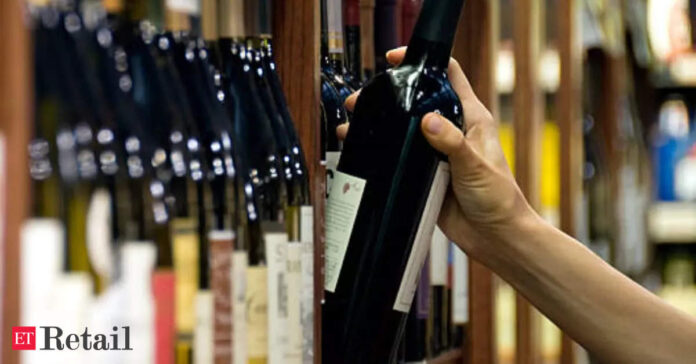 LUCKNOW: The Uttar Pradesh excise department has reported a revenue growth of 16% during the first six months of this fiscal year following an increased demand of liquor and stronger enforcement against illicit liquor and smuggling from neighbouring states.

A review carried out by the department showed revenue collection of Rs 18,562 crore from April 1 to September 30 this year as against Rs 16,025 crore in the corresponding period last year, a rise of Rs 2,537 crore.

The controversy over the Delhi excise policy and lack of availability of preferred brands in the national capital also created an opportunity for the UP-NCR districts (Noida and Ghaziabad).

“Our team is working according to the action plan that had been finalized for this financial year. We have also taken steps to improve the ease of doing business and hence more brands are available in the state,” said additional chief secretary, excise, Sanjay R Bhoosreddy.

The senior officer revealed that Lucknow has been the highest money grosser for the department while Noida, Ghaziabad, Meerut, Kanpur, Varanasi, Prayagraj, Gorakhpur and Bareilly have also been at the forefront.

Also, six distilleries have been set up this year and seven more will be ready by the end of this financial year. While demand of beer went up by 40% due to intense heat, the department is banking on the sale of rum and whisky in the coming months. Excise commissioner Senthil C Pandian said: “An increase of Rs 2,537 crore has been ensured for the government coffers. We have identified some districts where sales have been low and are ascertaining the reason for the drop.” Office bearers of the liquor welfare traders’ association of UP, however, said some new measures implemented by the department have resulted in low business in the backward districts.

“The department has introduced point of sales machine for entry of the liquor stock supplied to the retail stores. In places where power disruptions are frequent and internet bandwidth is poor, retailers are struggling to do business,” said spokesperson of the association, Devesh Jaiswal. Officials said technology interventions aimed at increasing transparency and streamlining the business have resulted in some teething troubles but in the long-term the revenue of the state will only increase further.