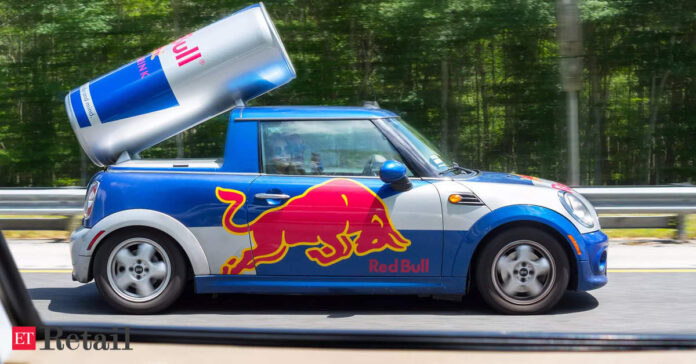 How did a former cosmetics salesman out-compete Coca-Cola Co. and PepsiCo Inc. to establish and dominate a new drinks category, making himself a billionaire in the process?

You might dislike the product’s saccharine taste or have concerns about the caffeine, or disagree with the Austrian’s political views, but Red Bull’s slender aluminum cans, logo and “gives you wings” slogan are unmistakable. Red Bull sold almost 10 billion servings in 2021 — one for every person on the planet — and revenue jumped 24% to 7.8 billion euros ($7.8 billion). Not bad for a company based in a sleepy Alpine village.

A drinks, media and sports juggernaut, Red Bull is coy about how it makes money, which is how the press-shy Mateschitz liked it. The financial opacity reminds me of Richard Branson’s sprawling Virgin empire, although the Brit enjoys the limelight more. At a time when Europe is worried about its failure to produce dynamic world-beating companies, it’s worth dwelling on the secrets of Red Bull’s success. 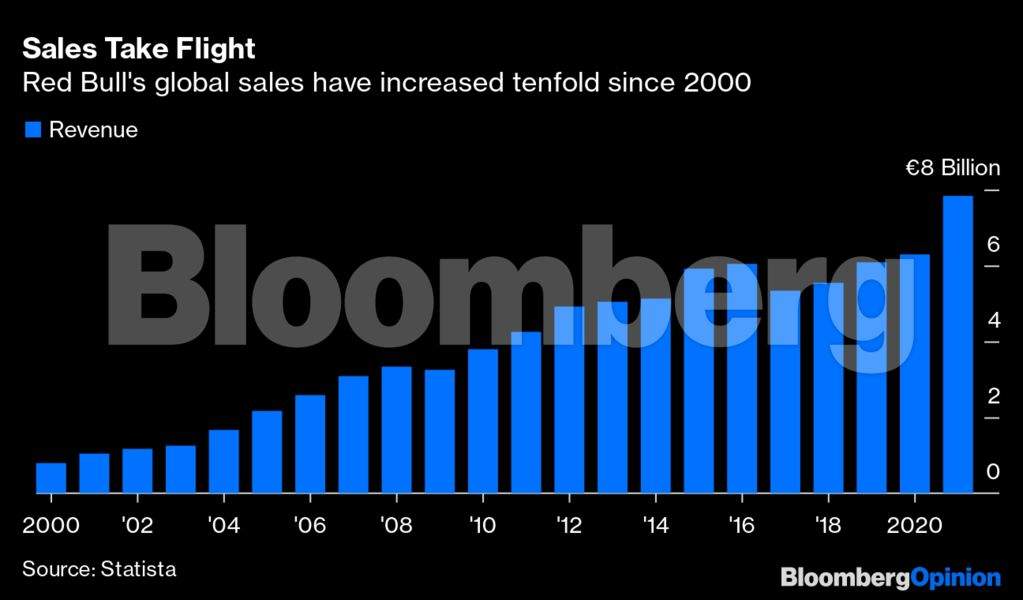 Go premium but don’t be too greedy
Mateschitz first cottoned on to energy drinks during a business trip to Thailand in the 1980s. Adapting an existing recipe, he set up a joint venture with business partner Chaleo Yoovidhya to sell a carbonated version of Red Bull to Western consumers, leaving his partner to focus on the Thai and Chinese markets. Capitalizing on his first-mover advantage, he pitched Red Bull as a boundary-pushing, hip lifestyle brand rather than a blue-collar pick-me-up, and priced it accordingly.

Exhausted office workers, students and sports enthusiasts didn’t mind having to pay $2 for an 8oz (250 ml) serving. With production costs of less than 20 cents per can, according to my back-of-the-envelope calculation, profit margins were sky-high. In 2020, for example, Red Bull’s operating return on sales was an ample 26% according to company filings, despite many night clubs and bars shutting due to the pandemic.

Stores also loved the premium pricing. It made “everybody keen to have it on their shelves. It was very valuable to everyone in the supply chain,” says Robert Ottenstein at Evercore ISI.

Though its success spawned hundreds of competitors, some of whom sold cans twice the size of Red Bull’s for roughly the same money, Red Bull has retained its high market share by keeping pricing “at the edge of acceptable,” notes Sean McGowan at Roth Capital Partners. The company “would often not raise prices at a time when cost increases drove its competitors to raise theirs,” which McGowan concedes is easier for a privately-owned business than one listed on a stock exchange. 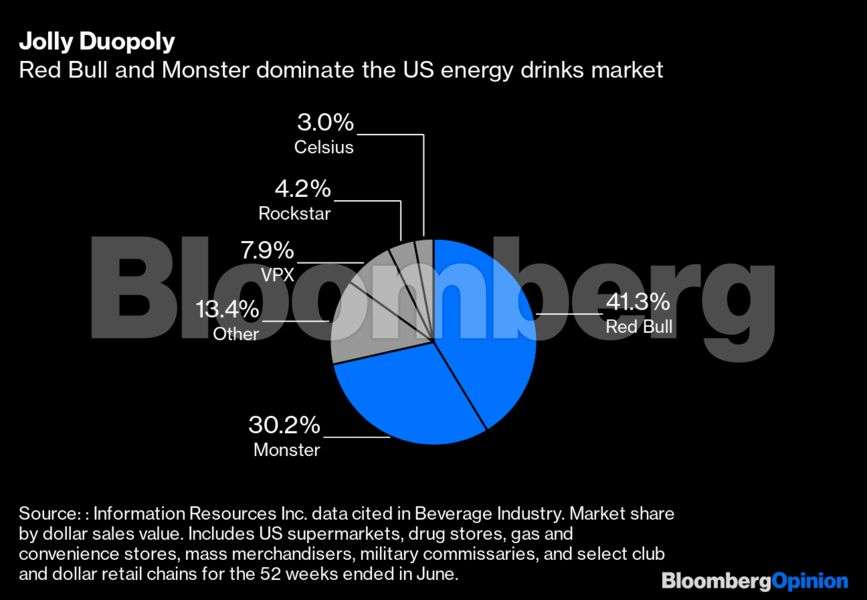 Focus on where you excel, control what’s important, outsource the rest
Mateschitz resisted the urge to tinker with a winning recipe. Though he introduced a sugar-free option, an organics range and several flavored options, Red Bull’s product line up isn’t as diverse as some rivals, though that’s something his successor might need to address as consumers start to embrace more health orientated drinks. He also didn’t concern himself too much with manufacturing. Red Bull purchases ingredients from its Thai partner and outsources drinks production to Rauch Fruchtsäfte, which also has canning facilities in Austria, Switzerland and the US.

However, Red Bull uses a mixture of in-house and external distributors. The money-spinning US operations are handled via its own RBDC subsidiary, for example, whereas listed arch-rival Monster Beverage Corp relies on minority shareholder Coca-Cola. Red Bull also owns a 50% stake in Austrian transportation company Berger Logistik.

Yet in head-count terms, the company remains quite efficient: Red Bull’s 13,600 employees each produce more than half a million euros of revenue. That’s better than Coca-Cola, but well behind Monster’s more than $1.5 million of sales per employee.

Rip up the marketing rule book and make your own luck
Red Bull’s relatively asset-light approach freed up funds for marketing, but Mateschitz wasn’t content with traditional print advertising. A grassroots, event-oriented approach — “We don’t bring the product to the people, we bring people to the product,” he told the Economist in 2002 — made Red Bull seem more authentic. Red Bull was a “pioneer in experiential marketing” says Evercore’s Ottenstein.

While extreme sports and oddball events such as the Flugtag amateur flying machine contest were cost-effective ways to gain attention, Red Bull’s marketing has become increasingly expensive. Daredevil Felix Baumgartner’s televised skydive from the edge of space in 2012 cost tens of millions of dollars but was worth every cent in brand exposure. The company now owns several soccer teams. Regrettably, Mateschitz didn’t live to see RB Leipzig defeat Real Madrid in the Champions League this week, or his main Formula One motor racing team secure the constructors’ championship at the weekend.

In total, Red Bull spent 1.6 billion euros on sponsorships and advertising in 2020, or about one-quarter of its annual revenue; in years not disrupted by the pandemic, the percentage was closer to 30%. Monster, by contrast, spends around 21% of sales on marketing. This is one reason why Red Bull’s profit margins fall short of best in class, but a company worried about short-term financial returns would not have invested in F1 — a notorious cash furnace.

And while Red Bull Racing has earned its recent track success, Mateschitz had some good fortune, too: only lately have US audiences embraced F1, capturing even more attention for the brand. 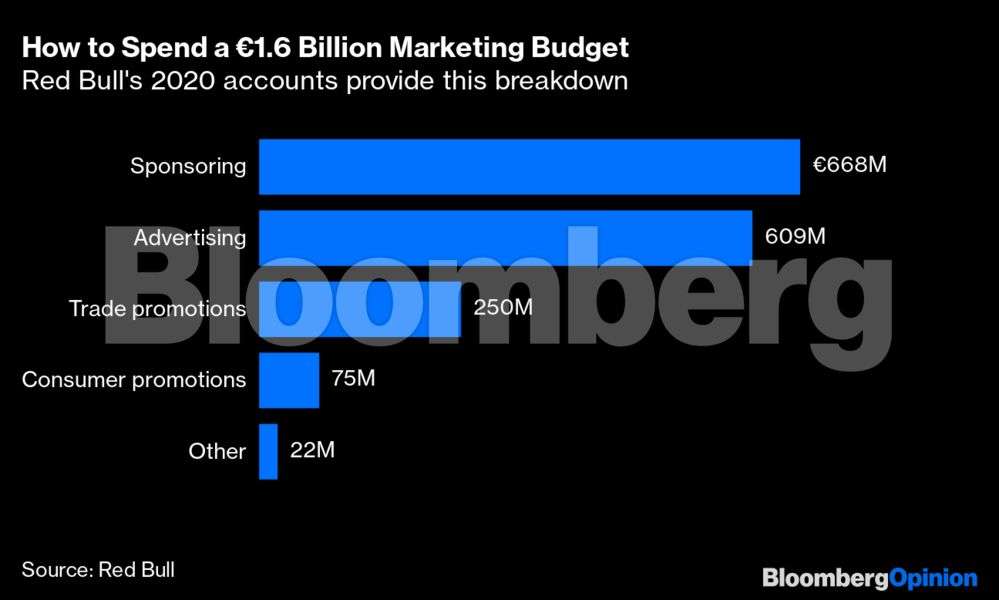 Keep hold of your equity and don’t get into debt
As a private company, Red Bull isn’t beholden to pressure from external investors and its capital structure is decidedly old-fashioned: It uses cash flow to fund investments, not borrowings. “At Red Bull we only spend what we have earned, not what we might earn one day. I’m no believer in two-thirds debt, one-third equity formula,” Mateschitz told an Austrian publication two decades ago. Indeed, the recent bankruptcy filing of rival Bang Energy’s parent company shows the perils of being in hock to creditors.

In one respect, it’s a pity Mateschitz could not abide the straitjacket of the public markets as there’s no precise estimate of how much Red Bull is worth. Monster has a $47 billion market capitalization and is one of the best performing US stocks, having generated a more than 100,000% return in the last 20 years.

Thanks to his 49% stake in his company, Mateschitz was free to pay himself more than half a billion euros in annual dividends, which he used to fund various philanthropic and property restoration interests, as well as purchase a Fijian private island. Red Bull’s space-age Hangar-7 complex at Salzburg airport contains his collection of vintage planes.

Strangely, Mateschitz appears not to have lined up a successor. For somebody that insisted on excellence, that’s a surprising omission. But his is a very tough act to follow.