Ugg Boot Guards May Be the Newest Affordable Trend 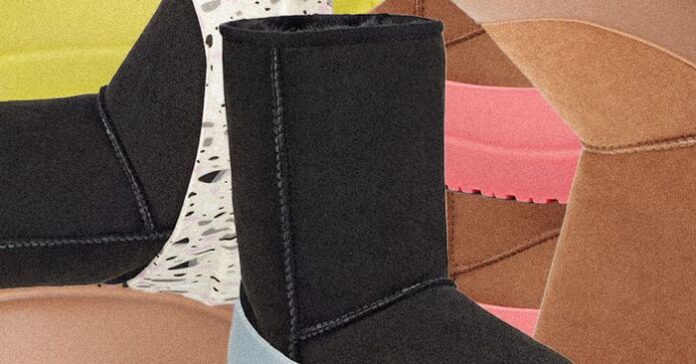 If you came to this story thinking that there’s a new pair of Ugg boots out there that only costs $50, I regret to inform you that that will probably never come to be, but there is a $50 Ugg item that’ll add a cool, protective boost to your boots (and sneakers, but more on that later). This magical item is the Ugg Boot Guard, which fits over the sole of your boots to keep the rain and snow away from the suede.

The Boot Guard actually came out in 2021, but for one reason or another, it’s picked up steam as of late. While the waterproof Boot Guards were made to protect Ugg’s collection of boots, GQ recently reported that sneakerheads were also using them with their beloved Nikes and New Balances. Whatever type of shoe you choose to pair them with, Ugg’s Boot Guard is perhaps the season’s most practical accessory trend, as rain and snow do not mix well with shoes (especially Ugg boots).

When I looked at the Boot Guards on Ugg’s e-comm site, it stated that 6.9k people were viewing the page at that very moment, which feels like a lot. Given all of this, I have a feeling these are going to fly out of stock, so order your pair while you can.

Scroll on to shop the Boot Guards, as well as our favorite Ugg boots to pair them with.