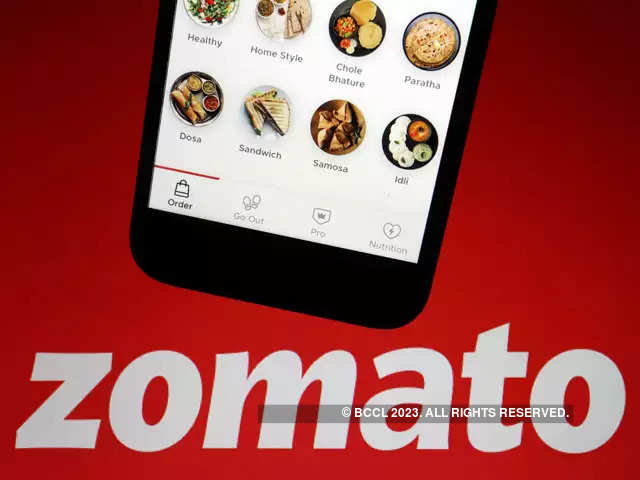 Mumbai: Restaurant listing and food delivery platform Zomato said it may “temporarily disable” online ordering from restaurants if a consumer raises an issue about the quality of food,” in an email advisory on Wednesday that is stoking initial concerns among its restaurant partners. The Gurugram- based company said, “any complaint raised by an end customer regarding the quality of food or beverage, which can potentially cause serious harm to the customer’s health or well-being, will be classified as ‘severe food quality complaint.”

ET has reviewed the contents of the email, which says the policy will be effective from April 18. Once a complaint is received from a customer, Zomato will undertake an investigation to ascertain its genuineness, it said

“Depending on the nature of the complaint, you may be temporarily disabled from online ordering with Zomato till a third-party (Food Safety and Standards Authority of India (FSSAI) approved) inspection of your premises is completed. The entire cost of such inspection will be borne by the restaurant,” the advisory stated.

The list of actionable complaints range from serving pre-packaged food items that have expired to serving the wrong type of meat, presence of hazardous foreign objects in food like animal/animal parts or sharp and inedible objects. It also includes serving non-vegetarian food instead of vegetarian and other health hazards like fungus or rotten food.

Confirming that it has informed restaurants of its “severe food quality policy effective April 18,” a representative for Zomato said that with “ more and more restaurants and food entities joining online ordering, we felt it was crucial to formalize a framework that would safeguard the interests of both our restaurant partners and customers.”

The advisory is triggering a pushback by the National Restaurants Association of India (NRAI), which represents over 500,000 restaurants. NRAI is drafting a letter to Zomato to make a change to its policy, senior officials said.

NRAI executives allege that the policy, a first-of-its-kind, is being introduced without consultation with the restaurants and allows Zomato to exert undue influence on eateries listed on the platform.

Zomato is overstepping its role and is not the authorised entity to investigate restaurants, they said.

“Hygiene is certified by government agencies such as FSSAI and Zomato cannot assume that role,” said Kabir Suri, president of NRAI, who is also the co-founder and director of Azure Hospitality, which operates Mamagoto, Sly Granny and other outlets.

Further, there is a clear lack of definition of “rotten food”, NRAI members pointed out, which leaves the onus with Zomato to ascertain the genuineness of a complaint based on a photograph.

Pointing out that the proposed framework comes into play, in severe cases of contamination, expired products or veg and non-veg mix up among others, a spokesperson for Zomato said that “ these issues if not addressed can hurt customer trust and therefore the business and reputation of lakhs of restaurants.”

“ With this ( policy) we’ve opened easy access to hygiene and safety standards as required by FSSAI, enabling a quick remedial system with the expertise of third party vendors. This will help ensure a safe and healthy experience for customers and will also provide a clear path for our restaurant partners to address any gaps in their processes with the help of credible third party vendors,” the person added.

“I’m not against Zomato’s intent (on the new policy), but the implementation has a lot of gray areas. When Zomato says it will investigate the complaint, how will it do so based on a photograph? Anyone can manipulate the photo or it can be misleading,” said Pranav Rungta, chapter head of NRAI in Mumbai.

“You’re putting at risk the investment livelihood, hard work of people who are dependent only on you for their business when you cut them off. They ( Zomato) are not the responsible body to do that, FSSAI is,” he added.

Liability also rests with Zomato
According to the FSSAI’s e-commerce regulations, which apply to Zomato, the food delivery app is liable if a restaurant listed on its platform serves customers unsafe food.

“All food business operators, including restaurants, are obligated to maintain hygiene and sanitary practices as stipulated by FSSAI. While the primary responsibility of serving safe food is on the restaurant, Zomato can also be made liable for any food safety issue that may arise out of the food sold by Zomato,” said Harsh Gursahani, a food lawyer and Partner at PLR Chambers.

Further, according to FSSAI e-commerce license conditions (such as Zomato’s FSSAI license), if the restaurant does not meet the basic hygiene standard, Zomato has the right to delist the restaurant from its platform, the lawyer added.

In 2017, Zomato had introduced Food Hygiene Ratings where Zomato sent “accredited third party auditors” to conduct surprise physical food hygiene audits at participating restaurants. These ratings were displayed next to the restaurant partner’s name. As of 2019, 10,000 restaurants had participated in this voluntarily. This programme is no longer active.